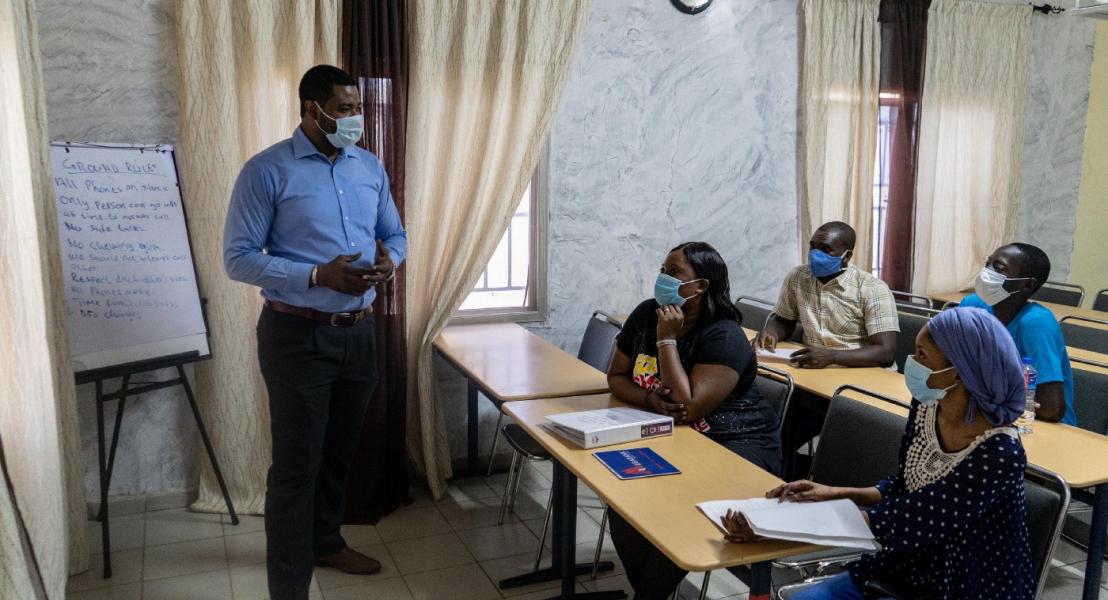 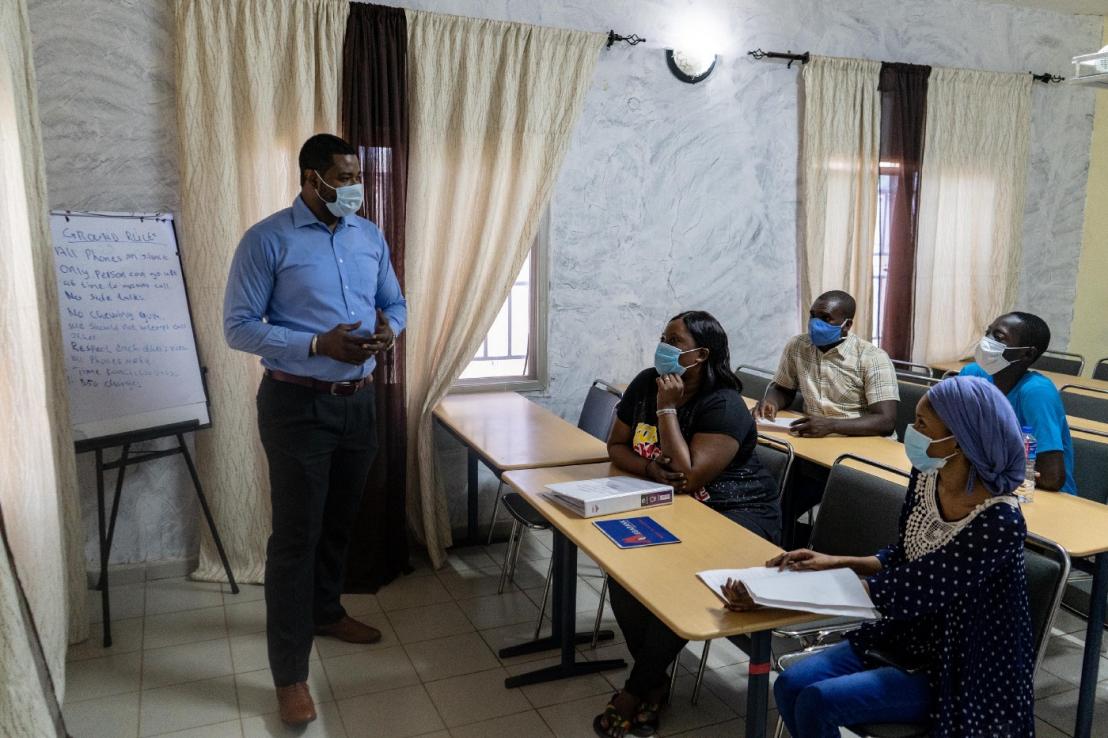 Becoming a prolific movie star and earning a decent living was chief among Mama’s dreams as a teenager. She would spend hours watching theatre, admiring Sheikh Omar and other celebrated names in the Gambian drama industry. What seemed to be a farfetched wish is now near fruition.

Mama was deceived to believe that life could only get better by traveling abroad. She was trafficked to Lebanon in 2014 and lived there for a year amid hardships and regrets. “I worked without a salary. Every time I asked my master about my payment, she would say she is keeping it for me until the day I return home. I worked every day from 5 am to, sometimes, 1 am or 2 am.”

Meanwhile, her friend, Amie, went to Egypt — after being fooled that a better job with huge wages awaits her abroad. She returned in 2015. “My host wanted to teach me how to iron and fold her husband’s clothes. I was shocked and told her that this was not the reason I came to Egypt. She laughed and informed me that I was there to work as a maid and that I had to do domestic work. I cried and was unable to do anything in my defense,” recalls Amie in grief. 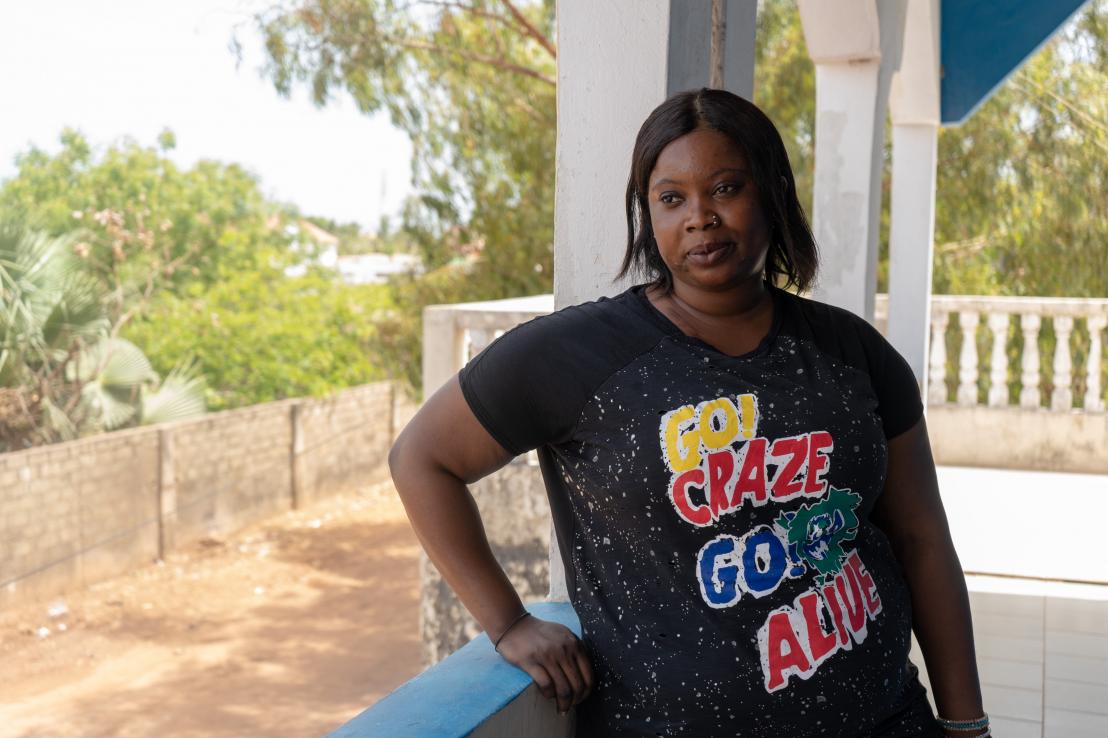 This is one of the many horrible experiences Amie and Mama encountered as a result of this phenomenon, along with a number of other victims of human trafficking in The Gambia.

After months of hardship in Egypt and Lebanon, working under different cruel masters, Amie and Mama finally found the courage to return home on their own.

“My family welcomed me nicely, but I came back with nothing,” says Mama.

Next to the adversities that come with trafficking, Amie and Mama share a common interest: theatre.

The duo believes drama is an effective edutainment mechanism that can be employed to raise awareness on migration.

Both women are volunteers of Migrants as Messengers (MaM), a 68-member network of Gambian returnees who are committed to using their personal migration experience to influence positive migration behavior change. They benefited from a series of capacity-building initiatives to enhance their outreach skills and prepare them for the job market.

Through the MaM initiative, they received basic training in the drama along with 30 other returnees. This opportunity marked the real beginning of what would later become the duo’s professional career in theatre.

Ebrima is another volunteer who benefited from this initiative. Unlike Amie and Mama, this training was not his first. He is a professional actor with years of experience in training and coordinating high school drama clubs. He gathered these experiences before embarking on his irregular migration journey to Europe.

As a result of peer influence, Ebrima took the backway journey, leaving behind his wife, daughter and a decent job. He was arrested, detained, and tortured several times in Libya until his conscience left him with only one option: going back home. He returned home in May 2017 and settled back in with a grocery shop he successfully manages today with his wife.

“Once people are entertained, they enjoy and concentrate on what you are doing. They learn from it. So, directly on stage, you will be able to convince the people to learn from it and influence their behaviors,” he says. 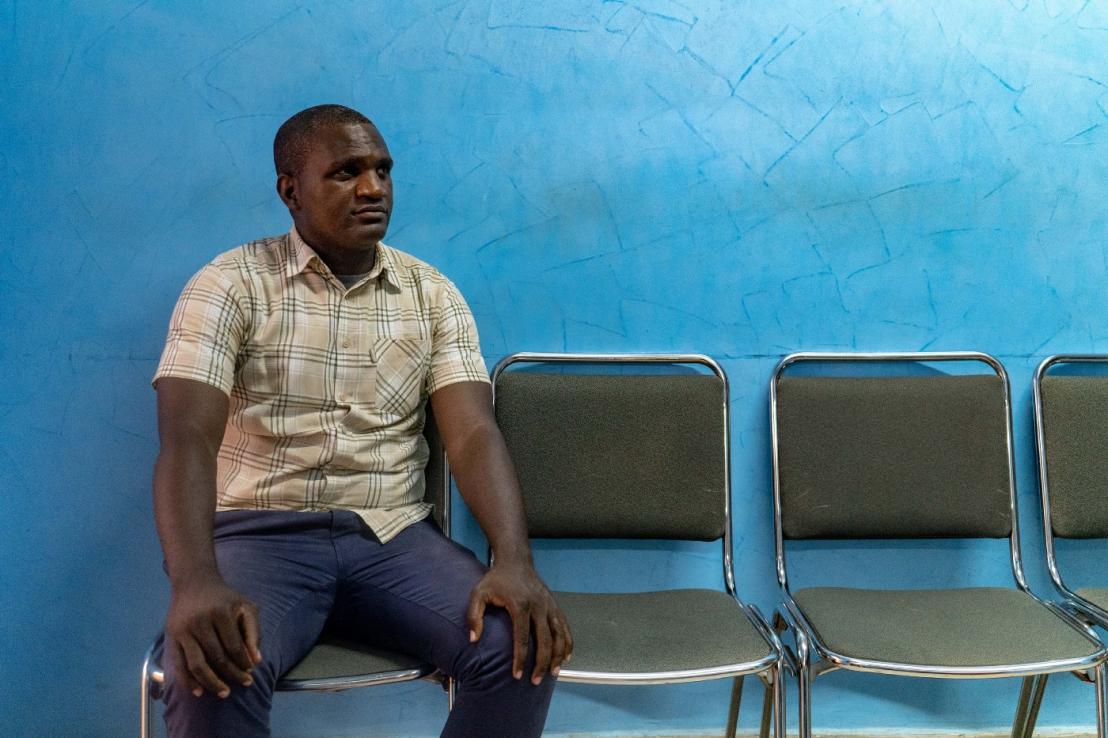 With years of experience in acting and public speaking, Ebrima Sambou helps build up the skills of his fellow returnees. © IOM 2021 / Alessandro Lira

Through peer-to-peer communication and various digital and community engagement activities, Amie, Mama and Ebrima have shared their stories in dozens of communities, sparked conversations and advocated for alternatives to the perilous journeys they encountered. This methodology has been MaM’s bedrock since its inception in March 2020.

They are aware of how real a phenomenon human trafficking is in The Gambia — how it elicits stigma and discrimination from the survivors’ families, loved ones and communities. Thanks to their drama performances, their stories have now triggered responses of compassion, solidarity and support that bring out the best in people, in their families and communities.

Mama explains: “There are some things that you wouldn’t share openly in front of others, but thanks to acting, people will understand the message that you want to pass on. When the audience can witness a real-life scenario, it has the potential to influence emotions. For example, instead of telling them how dangerous the backway is, drama helps you show them. That is more educational and impactful.”

During the deadliest moments of the first wave of COVID-19, Amie and Mama teamed up with their peers to perform a 10-episode-long short drama series on COVID-19 prevention.

“Drama is an easy tool to raise awareness. Through acting, you can spread your message in different languages,” Amie notes.

In Episode 3, Mama is cast as Jabou, a housewife who is skeptical about the reality of COVID-19 and not observing precautionary measures. In the play, Jabou comes back home finding Ebou, played by Ebrima, cleaning the surface of their kitchen to prevent the spread of the virus. As a COVID skeptic, Jabou is surprised by Ebou’s action and downplays the significance of the cleaning. Ebou later sensitizes and convinces her about the realities of the virus and how its spread can be prevented.

“As an experienced actor, Ebrima helped us a lot with drama skills and script reading. He boosted our courage, and that meant a lot to me,” remarks Mama. 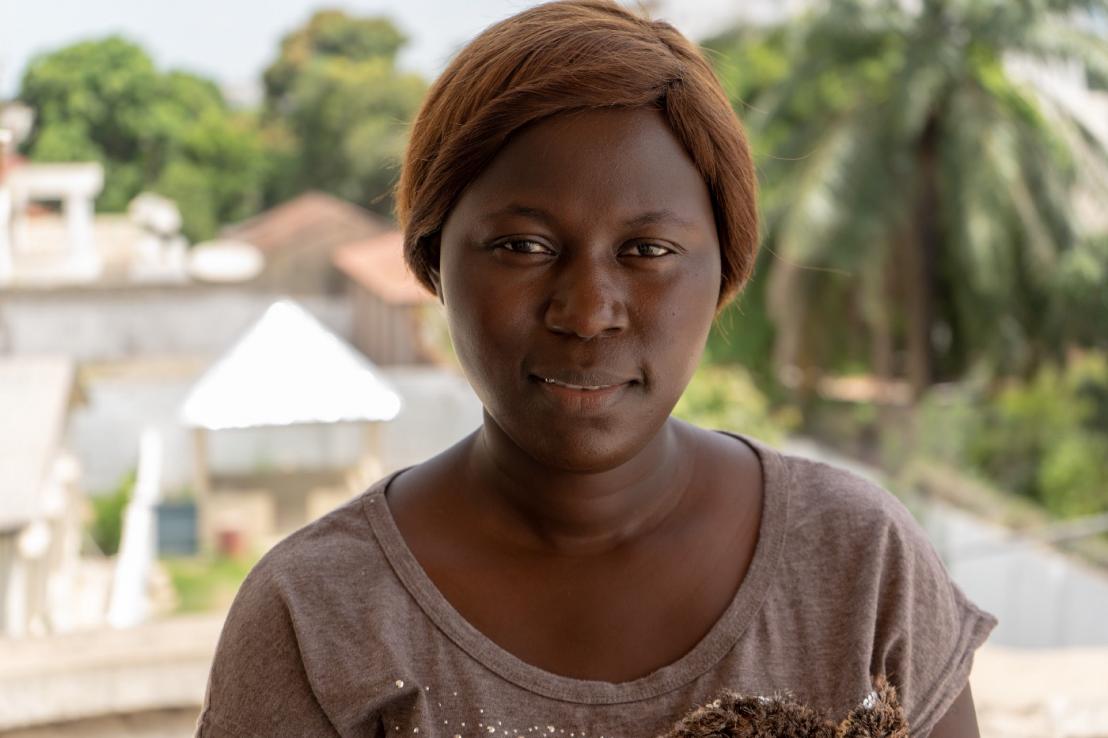 The series has been broadcast on television and social media, attracting public interest. Mama and Ebrima received numerous calls from family, friends and community members, commending them on their performance and the educational messages.

Fandema Multimedia conducted the drama training for the MaM volunteers and supervised the production of the latter series. Its executive producer, Sheikh Omar, was so thrilled by the sterling performances of the migrants that he now hires Mama, Amie and Ebrima regularly to cast in his recurrent drama projects.

“They are going to be signed under our label. We will be engaging them in our subsequent productions and give them advanced training on camera movements and acting,” says Sheikh Omar.

With this development, Amie and Mama managed to carve a niche for themselves as rising stars in the theatre industry.

Mama rose to stardom after her starring role in Fandema’s popular annual Ramadan drama series titled Sunkaroo Karanta, which aired primetime on QTV (the largest private television network in the country) and its online platforms.

Mama emphasizes: “I always loved acting. It is in me, and MaM gave me the opportunity to do it. I really want to continue acting and raise awareness on human trafficking.”

A new lease of life has emerged for these returnees and survivors of human trafficking — a rewarding income from their contracts and a wealth of experience in theatre to better use their stories to promote safe migration.

This story was written by Saikou Suwareh Jabai and Awa B. Bah, members of IOM’s Media and Communications team in The Gambia.