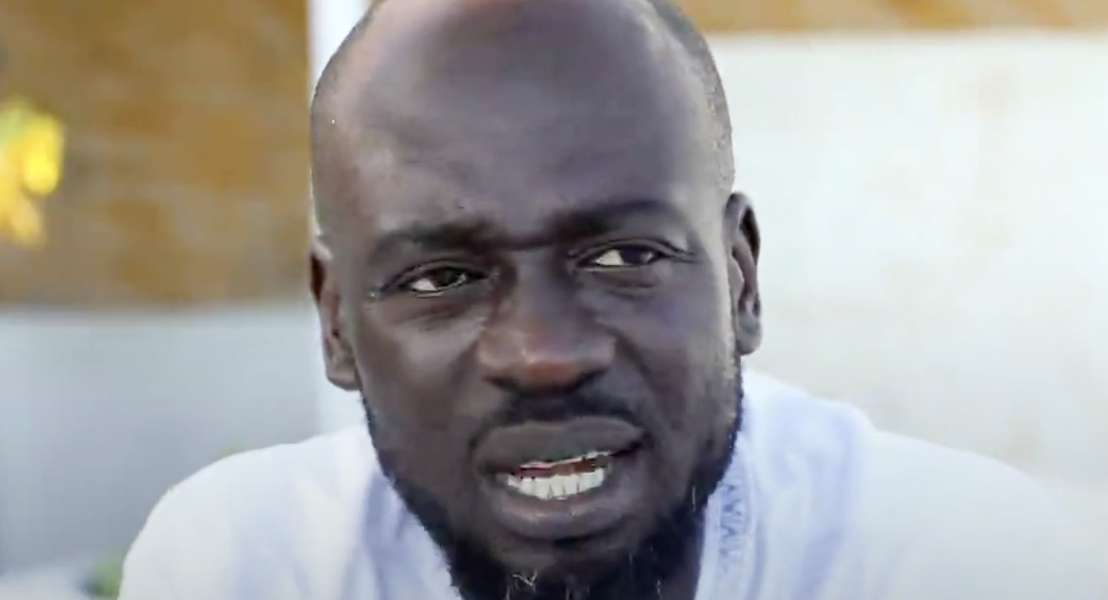 The film was part of the official selection for Global Migration Film Festival in West and Central Africa. Sarr explains what motivated him to make a film about the dangers of irregular migration.

What inspired you to make the film, ‘Once upon a time in Sahel’?

At the time we wrote the script, there was a huge problem concerning irregular migration in West Africa. Almost every week, you would see a boat capsizing on the west coast of Africa, around the Canaries or somewhere around the Mediterranean Sea.  I was very concerned because there was nothing happening. We were not talking about it. It was seldom discussed by the media.

I thought, maybe I can do something, because I have the skills to write a script and make a movie. Maybe I can add my voice to the debate. Because it was somehow one-sided. At the time, they were saying: “these kids are committing suicide”. I was thinking differently. I thought they were not committing suicide. I think they ran out of options and nobody was hearing their cries. I just wanted to express it.

How was the production process?

When we set out to make the film, some of the people who came to help were returnees and refugees; the reason why they joined the production was to show how bad the irregular migration scenario is. I am forever grateful to them because this was a teamwork. We had to endure a lot to make the film.

In Africa we have beautiful scenarios to show and strong stories to tell. Let’s invest more in art, culture and creativity so that there will be more films like this. If the story is good, it should not be expensive. You just make it and who knows? It might go further than you think.

What drives young people to embark on dangerous migration journeys?

I think it is stigmatization and peer pressure from society, families and the media.  Even if you want to stay home and work for your people or for your country, you have the pressure of feeling that if you stay, you are nothing.

Nowadays, social media plays a huge part. Out of all the youth that are going, maybe 5% of them will get lucky and get a job. When they start making pictures or videos on social media [...] those who are left behind are inspired to do the same thing. People think it is all rosy, it is all success because we are only seeing the success part of the story. We are not seeing the downside of the story.

What advice would you give to young people?

I would advise kids to not give up, to keep fighting, to invest in whatever they want to do and to not be bamboozled by what they are seeing on social media.

It is difficult to advise them, knowing the conditions they are facing. All I would say is the same I would tell my son: education will maximize your chances in life. Get educated.  If you want to be a film maker, you can learn online. Instead of using your megabytes to watch a music video, use them to do more research and empower yourself with knowledge, because it will give your more opportunities tomorrow. There is no magic wand. The only magic is knowledge.

I would rather advise parents because I am one myself. We should cease pressuring our children to live our dreams. Let’s encourage them to chase their own dreams. We have brilliant children in Africa. Let’s build platforms that will give them opportunities to compete. Let’s build a better future for them. If we don’t protect them, we are not saving the future.