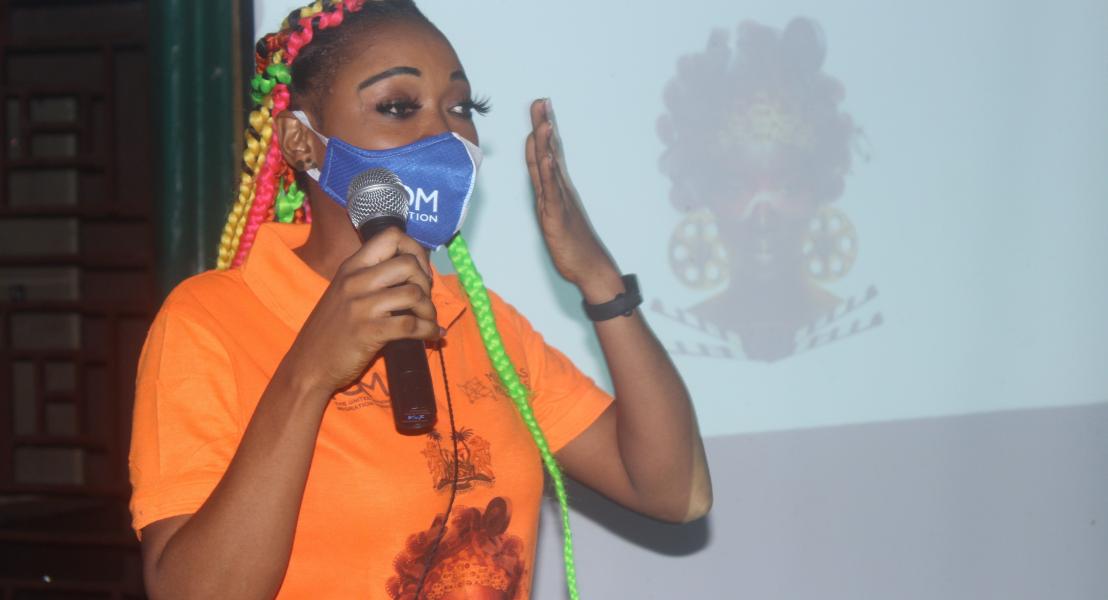 Kenema City– On Friday 26th February, more than 20 district youth officers, district chairpersons and some other members of the district youth councils established a network with migrants’ returnees to raise awareness about the dangers of irregular migration.

Irregular migration is a serious challenge among young people in Sierra Leone. Government officials, returnees, and most recently youth leaders have taken the fight head-on to increase awareness raising efforts on the risks involve in desperate journeys.

The formation of the Network is one of the results of a one-day national town hall meeting held in Kenema City with the theme “Youths in Migration: The role of young people in preventing irregular migration”.

The objective of this National Youth  event was to have a conversation with youth representatives on the risk of irregular migration, its impacts on young people, and also to discuss ways on how these young leaders can contribute towards changing the behaviour of their peers to make informed migration decisions.

“Those of our brothers and sisters who attempted ‘Temple Run’ were faced with acute hardship including wilderness trekking and crossing waterways in unsafe vessels and a lot of other challenges, in a bid to look for a better life in Europe. Some even lost their lives during their travels” explained Tejan Kellah, Chairman National Youth Council. “To address this problem, as young leaders, we have a great a role to play to engage our peers” he added.

He further stated that: “The Youth council has a very big network of youth across the country, and we are delighted to join forces with migrants’ returnees to use the strengths of our network to take awareness raising campaigns in the 16 districts of Sierra Leone”.

Irregular migration is becoming a serious concern in the country. The number of youths who embark on irregular journeys to Europe has increased in recent years.

“Our survey indicated that every year, about 8,000-10,000 young men and women depart Sierra Leone through irregular means. 80 % these travels are being conducted from Sierra Leone via the Sahara Desert/Mediterranean Sea en route to Europe” said Dr James Bagonza, Head of Office, IOM Sierra Leone

“Also, there is an increase in the number of young women who are being lured and scammed by smugglers into paying huge amount of money for fake job opportunities in the gulf countries’’ he added.

Dr Bagonza further stated that: “if district youth leaders and returnees can work together, they can be able to reach a as many youths as possible with the right information on safe migration”.

The Government believe in human capital development, so as a Ministry we have a major role to play in ensuring to prevent youths from going to ‘temple run’ and build their capacity to contribute positively to national development. And this is exactly what we are doing through programmes like the youth in fisheries, youth in agriculture and the car wash project among others”, emphasized Hon Luseni Kallon, Deputy Minister of Youth Affairs.

In Sierra Leone, 45 migrant returnees’ volunteers have been trained in peer-peer communication and equipped to raise the awareness on the dangers of irregular migration and to promote safer, orderly and migration.

“We have been to ‘Temple Run’ and have experienced the challenges associated with it. So, we are better placed to work with the existing youths’ councils to share our stories with young people” said Sheku Bangura, Migrants as Messenger Volunteer, and Head of the Advocacy Network Against Irregular Migration.