“Believing in a bright future has become my credo”: Five Years of Migrants as Messengers in West Africa 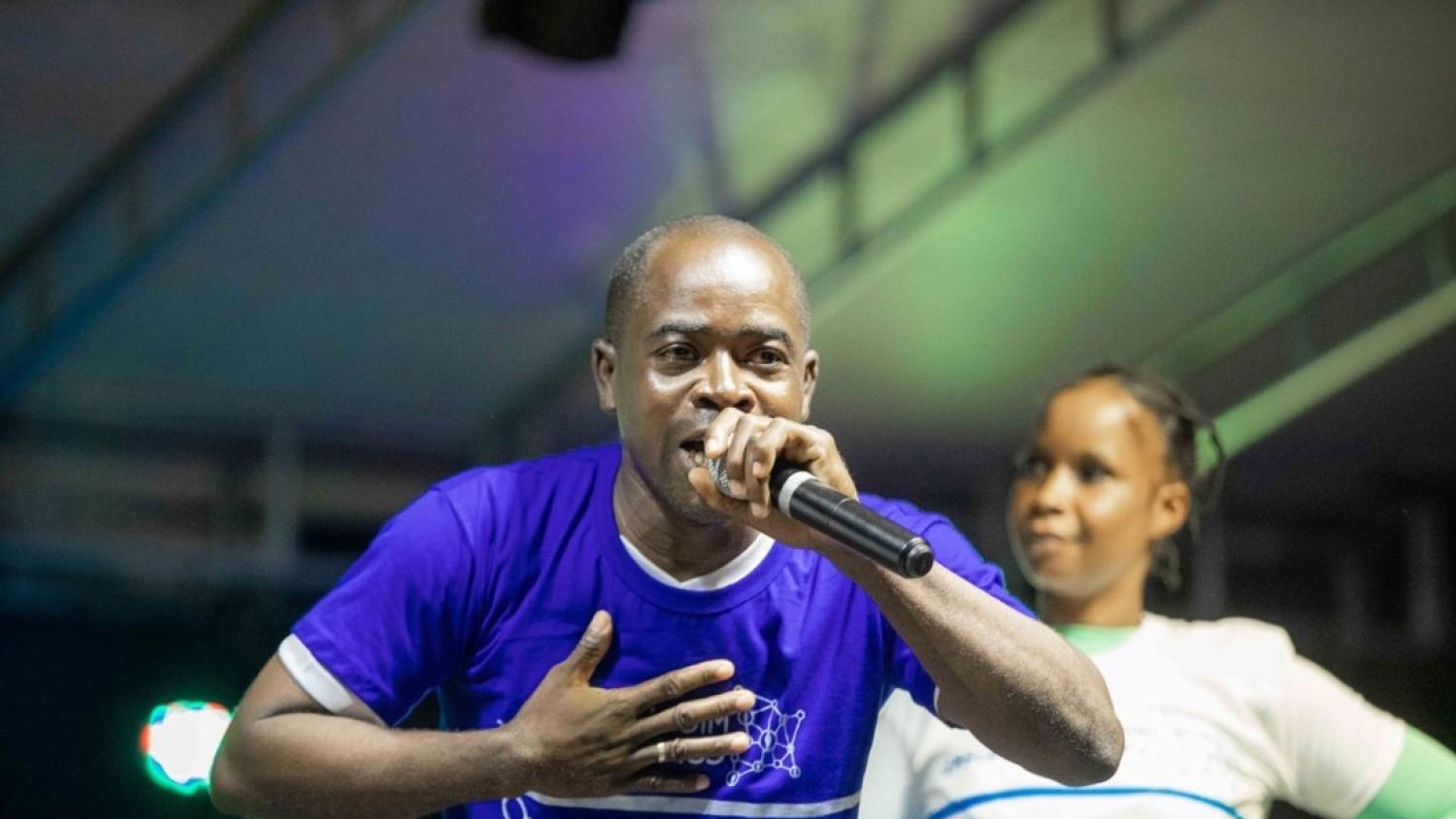 There is a saying that one should not judge another person until they have walked a mile in their shoes.

If that were true, Boniface N’groma would not have faced the stigma of returning home after an irregular migration journey. He recalls that, “My return to my native Côte d’Ivoire was not an easy experience; I was abandoned and treated as the laughingstock of all. For my peers, I was a failure, I had this feeling very often.”

In 2015, Boniface left for Tunisia where he spent two years before deciding to leave for Italy through Libya — a journey he made by foot in the desert, then in the trunk of a car, followed by four months living on a beach, awaiting departure to Italy.

That departure never occurred. Following arrest and prison, he made his way home through Guinea. “I was in a state of desperation when I miraculously found the Migrants as Messengers project. From the very first meeting I felt a way out, a second wind, a new chance.” 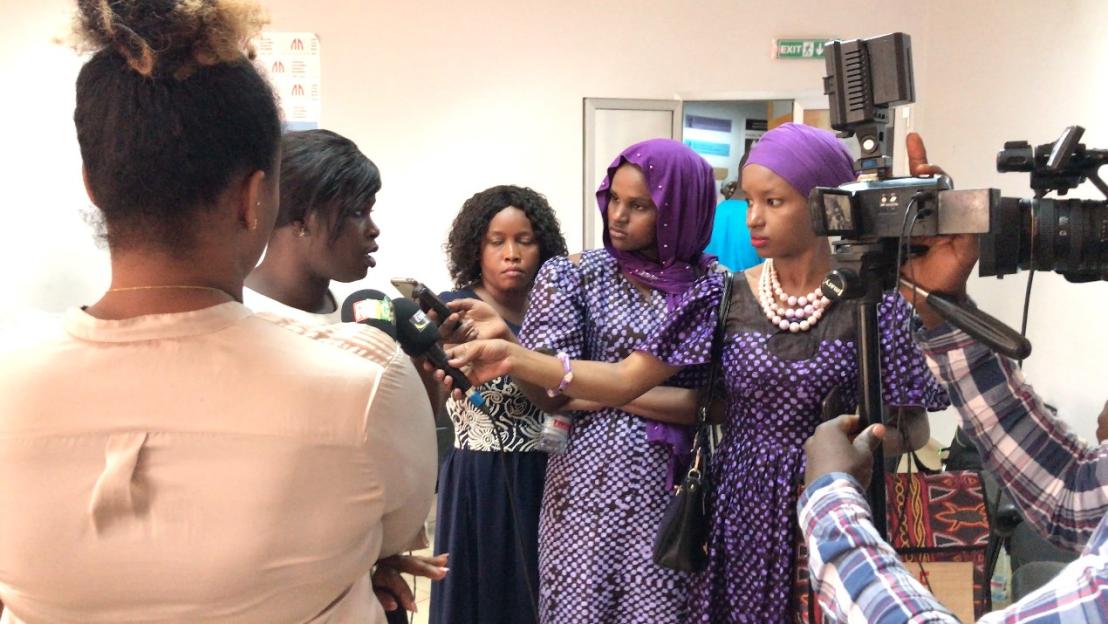 Migrants as Messengers (MaM) is a peer-to-peer awareness raising campaign that empowers young people in West Africa to make informed decisions about migration. Launched by IOM in 2017, returned migrant volunteers are at the heart of the programme. They receive training to become awareness-raising experts and share honest accounts of their migration experiences through authentic storytelling, peer-to-peer interactions, community activities and online engagement.

The multi-channel approach across social media, radio, television and live events, makes these stories accessible to wider audiences, including local decision-makers, community leaders, religious leaders and young people with a desire to migrate in the future.

Boniface joined the MaM project in March 2020. His training included content creation, video editing, public speaking, leadership, business and entrepreneurship training. The work has paid off for him in many ways. “Thanks to the MaM project, I gradually regained my zest for life, and I have a community of peers with whom I share a great part of my daily life. I am now able to maintain an audience, organize and lead an activity, and I’m at ease to share my story with others. Collaborating with people who have the same life story is a huge opportunity because it allowed me to believe in my destiny.” 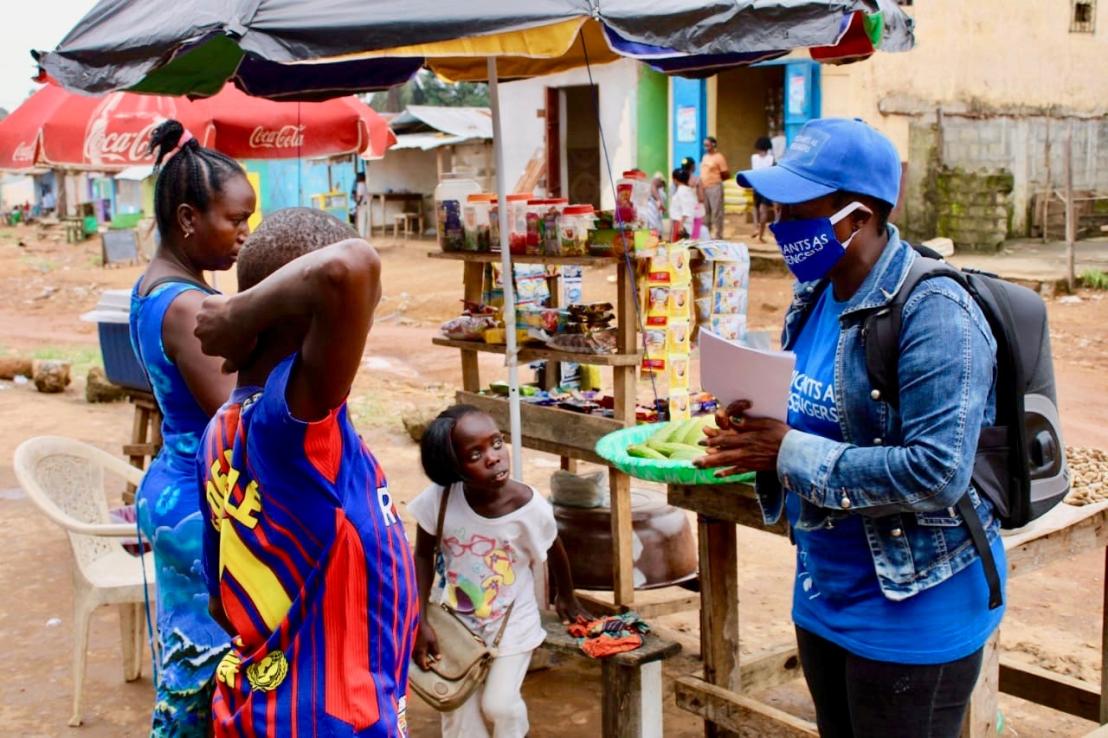 An IOM study of the first phase of MaM showed that empowering returnees, both at the individual level and the community level, is its key to success. For example, young people taking part in campaign activities in Senegal were 19 per cent more informed about the risks and opportunities associated with migration, 25 per cent more aware of the multiple risks associated with irregular migration, and 20 per cent less likely to report intentions to migrate irregularly within the next two years.

With the success of the first phase of the campaign in Guinea, Senegal and Nigeria, MaM expanded its activities to Côte d’Ivoire, The Gambia, Liberia and Sierra Leone in 2019. It now has a network of 400 active members across seven countries in West Africa.

Volunteers have used the momentum of their collective voice to expand dialogue in communities on the risks of, and alternatives to, irregular migration in addition to advocating for women’s rights and preventing gender-based violence. When the COVID-19 pandemic struck, MaM Volunteers developed content and designed on-the-ground activities for COVID-19 prevention.

Boniface, together with 60 other migrants, founded the Association for the Reintegration of Returning Migrants (ARM-CI) Côte d’Ivoire in 2021 to support the rights of returning migrants, raise awareness about alternatives to irregular migration and support their reintegration.

“Believing in a bright future has become my credo,” Boniface says. “My priority is to continue raising awareness of the risks and alternatives to irregular migration. Through the ARM-CI association I want to create a reception, training and reintegration structure so that young people and returnees can benefit from these opportunities in a space of sharing and benevolence.” 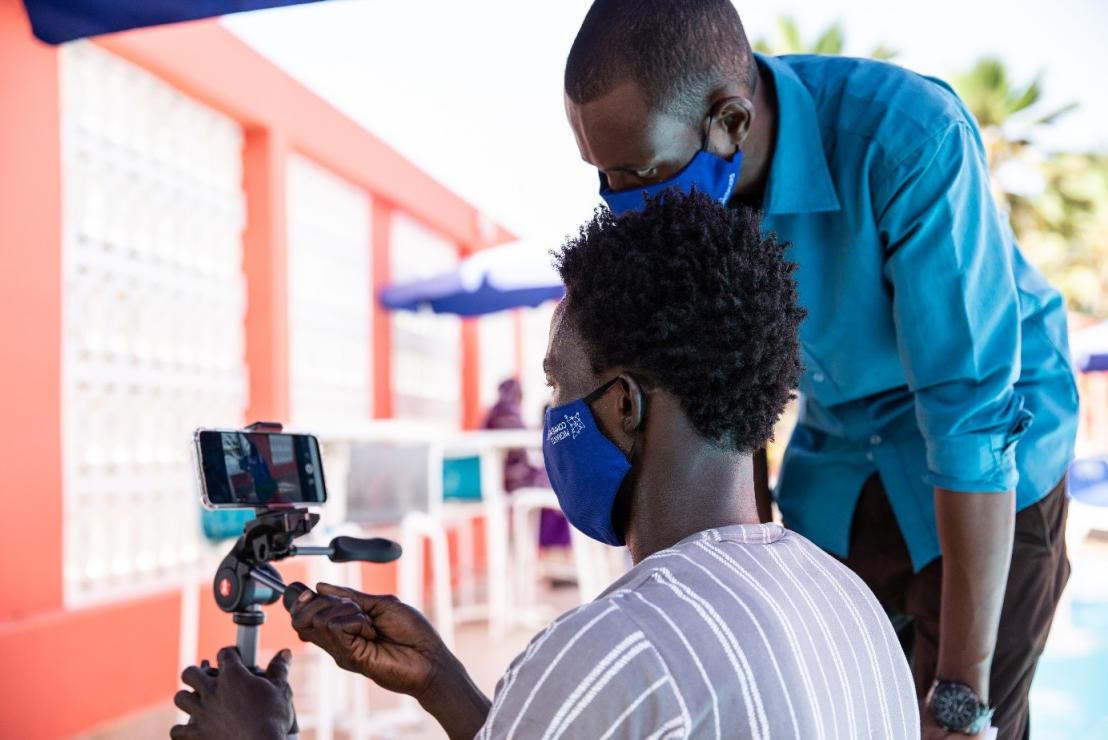 The MaM project has left a lasting imprint of shared learning and experience in West Africa. Together, MaM Volunteers have produced over 1,000 videos, reached more than 400,000 people on the ground, and generated more than 4 million online engagements.

Importantly, long term sustainability has been a core principle of the MaM project. Across the seven countries, MaM Volunteers have organized themselves into 17 independent returnee-migrant led associations that will continue to work on awareness-raising and supporting migrants in their communities.

“MaM in The Gambia has supported the migrants’ network to be formally registered as associations,” reflects Miko Alazas who worked on the MaM project for IOM in The Gambia. “In the final months of the project, we planned a series of initiatives aimed at building their capacities in organizational management, such as leadership, fundraising and information technology. This equips the Volunteers to “spread their wings” once the project ends. I would like to see the network continue to meet and engage young people with their advocacy.”

In years to come, the MaM legacy will continue as volunteer-led associations take the torch to raise awareness about migration and support returnee migrants in their communities.

Emily Cholette has been the Project Manager of Migrants as Messengers since 2020. Stay tuned on migrantsasmessengers.org as results from an MHPSS pilot study and an impact evaluation study is expected to be released in late 2022/early 2023. 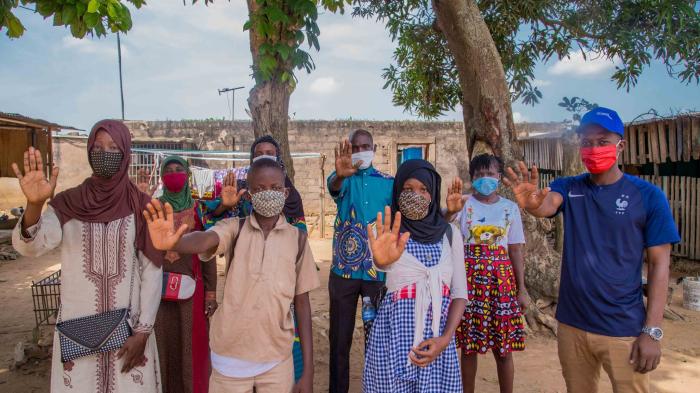 Leaving No One Behind in Côte d’Ivoire: How to Inform Deaf People During the Pandemic