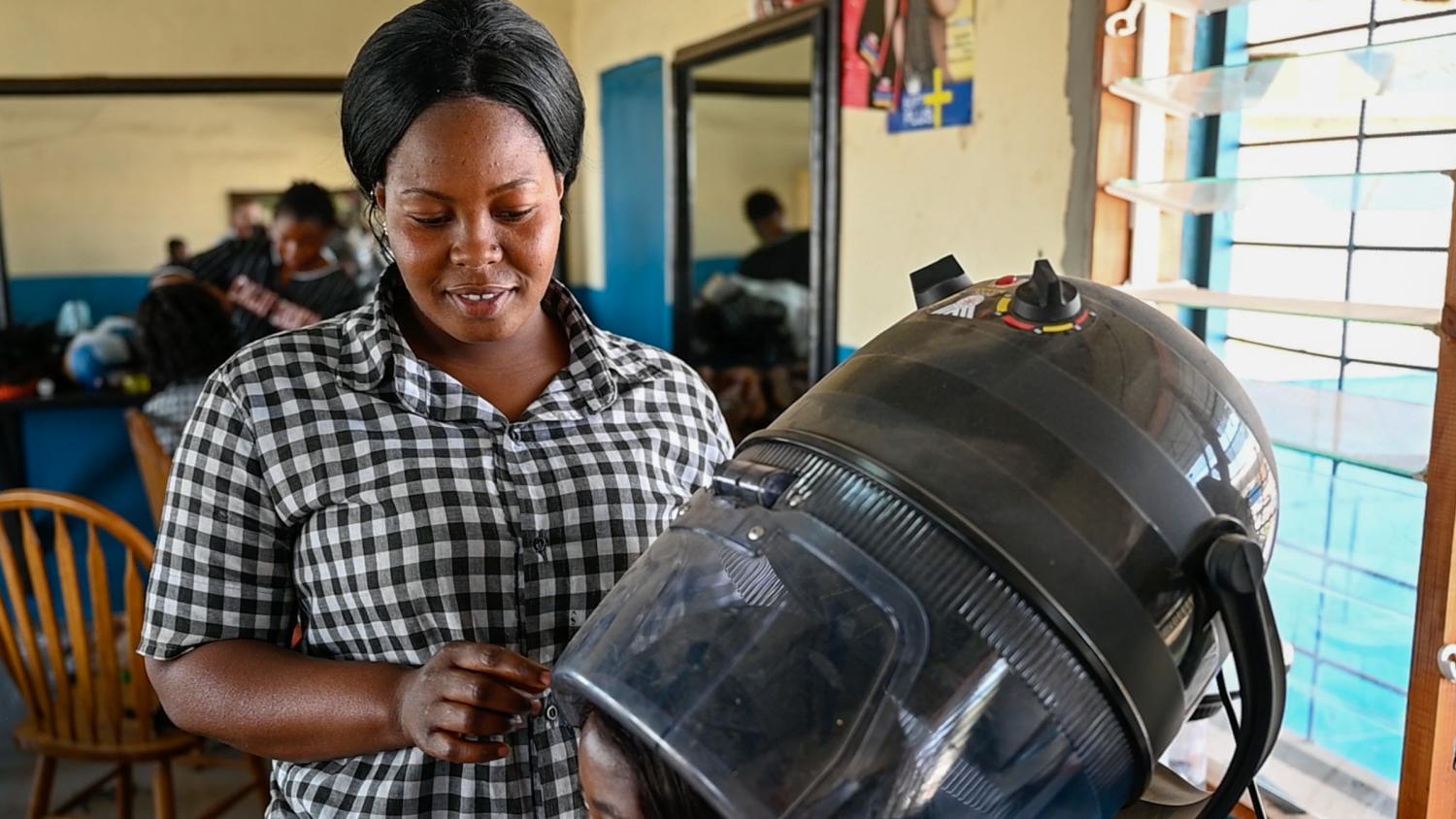 The eldest of three siblings, Sagar was working in hairdressing and petty trade when she decided to try and make it to Europe.

“I was living with my mom and siblings in a rented apartment, working to help pay the rent. I had friends who told me that there’s a lot of money in hairdressing in Europe. This was why, when I heard a boat was leaving, I decided to join.”

In the same community of Barra, in The Gambia’s North Bank Region, Matarr had come to the same decision: attempt the journey across the sea. “I thought that if I travelled, things would become easier.” Matarr put together the GMD 35,000 (approximately USD 700) needed for a spot on the trip.

In November 2019, Sagar and Matarr got up in the wee hours of a morning and departed The Gambia’s shores, intending to reach the Canary Islands through the Atlantic Ocean’s treacherous waters. Little did they know that, just a few days later, the boat they were on would capsize off the coast of Mauritania – and that they would be among the fortunate few to survive The Gambia’s deadliest shipwreck in recent years. 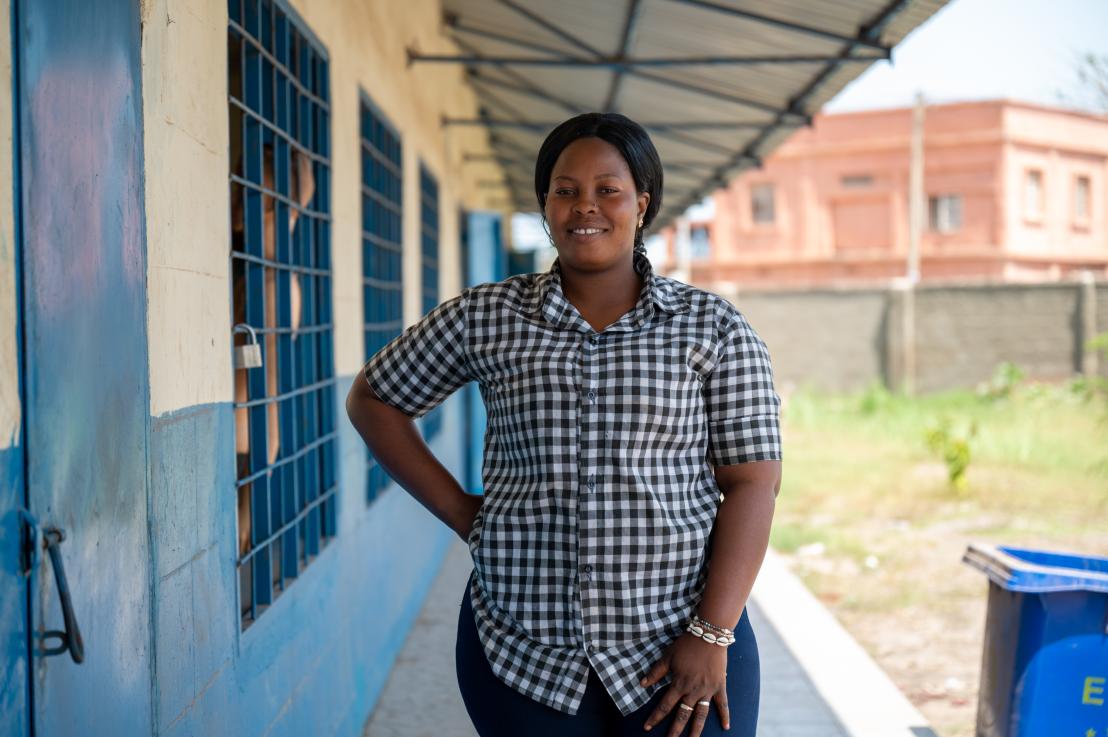 Sagar is one of the survivors of a fatal 2019 shipwreck who is now working with her community to advance local development. Photo: IOM 2022/Robert Kovacs

At least 62 Gambians perished in the tragedy

Coming back home was not easy. Sagar was on the boat with a friend who did not make it out alive, whom she still thinks about every day. “My mom welcomed me very well and was supportive, but I didn’t have many friends. I had nightmares about the journey,” she recalls of the first few weeks after the shipwreck. The talks and whispers in her hometown were too much for Sagar to bear; she moved to the capital for six months to be away for a while.

Survivors were thrust into an environment where they had to heal from their own experience, while having to put up a brave face against sometimes unwelcoming reception – accusations of witchcraft, resentment from family members of those who perished, and more.

Recognizing the need for survivors to rebuild with income-generating activities, while fostering social cohesion with their communities, the International Organization for Migration (IOM) initiated the establishment of four community-based reintegration projects for shipwreck survivors in the North Bank Region, with financial support from the UN Peacebuilding Fund.

Community-based reintegration is an approach pioneered by IOM in which returnees are empowered to work with their host communities in conceptualizing and managing income-generating activities. The participatory process creates local ownership and addresses community needs, while strengthening social networks and combating stigmatization. Usually, returnees and the community leadership structure (what is known in The Gambia as the Village Development Committee) enter into a profit-sharing agreement.

Matarr decided to embark on the risky journey across the Atlantic with the hope of a better life. Photo: IOM 2022/ Robert Kovacs

Matarr came together with fellow survivors and decided on the idea of an animal husbandry business. “As part of the process, we went through trainings. We were taught how to rear sheep, how to feed them. This is helping us earn a living and keep our minds off what we went through.”

Meanwhile, Sagar joined forces with another group that decided to open a fashion center. “We chose this sector because most of us had a background in fashion before the journey. We also saw that there was a need for this in the community. We had business trainings and public speaking trainings before opening the shop,” she says, highlighting the comprehensive capacity development process.

“The center has had a great impact on the community,” Sagar confidently states. The center now employs two young people, with 20 per cent of the profits going to the Village Development Committee, to be reinvested back into addressing community needs. “We have ready-made clothes for sale and clothes that we sewed ourselves. Those are my favorite.”

Approaching reintegration from a holistic angle, mental health and psychosocial support (MHPSS) has been mainstreamed into the entire process. While the projects were being established, Matarr, Sagar and many others began participating in regular peer support group sessions – with various recreational activities employed to facilitate personal healing and a sense of belonging. This approach recognizes that psychosocial wellbeing is a vital foundation to the successful reintegration of an individual.

Today, Matarr and Sagar continue to work hard on their projects, which has allowed them to dream even bolder.

“This is not a job I’ve always dreamt of doing, but I am glad I found myself in it. I have grown to have passion for it,” expresses Matarr. “I am more optimistic about life more than ever. The business is profitable, so we want it to grow bigger.”

Sagar is furthering her education in hairdressing at a vocational institution, while using her earnings to support her family. “Life is a lot better now. I have opportunities. Someday, I want to open my own salon.”

Sagar has further become an ardent advocate of helping others make informed migration decisions. She joined the nationwide Migrants as Messengers network of returnee-volunteers, sharing her story to young people around the region. “I never used to have the courage to face people. Now, I can speak publicly and share my message.”

As Matarr and Sagar grow in confidence after a terrible ordeal, their thriving businesses show that shared perseverance, camaraderie and trust is a sound recipe for a brighter future.

Matarr’s animal husbandry business and Sagar’s fashion center are among 37 community-based reintegration projects IOM helped established in The Gambia, including through the UN Peacebuilding Fund and the EU-IOM Joint Initiative for Migrant Protection and Reintegration.

Written by Miko Alazas and Jaka Ceesay Jaiteh, IOM Media and Communications Unit in The Gambia 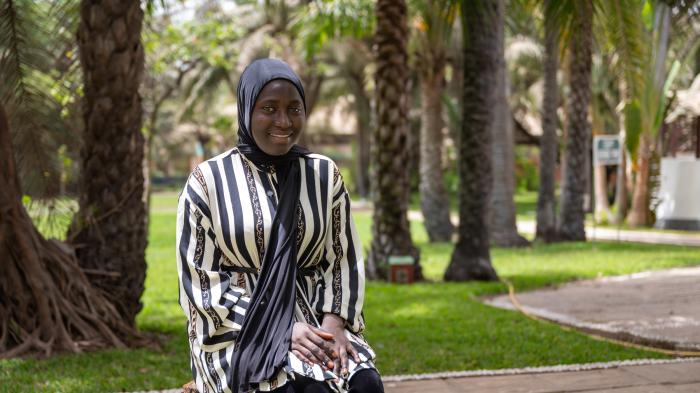